The Irish Deer Commission, Ireland’s newest deer organisation, recently held its official launch at the Irish Fly-Fishing & Game Shooting Museum, Attanagh, Co Laois. The Irish Deer Commission is a voluntary Association that promotes and encourages efforts to improve the management and conservation of our wild deer through a partnership arrangement with land users and stakeholders, member events and through its website www.irishdeercommission.ie

The event was well supported by all stakeholder groups and government agencies including Department of Agriculture, Food and the Marine, National Parks and Wildlife Service (NPWS), An Garda Síochána (AGS), media, farming, hunting and deer stalking interest groups.

While the Association is new, the founding fifteen Executive members hold vast knowledge and experience on wild deer and their management and conservation. Speakers on the night included leading deer academic Dr Ruth Carden, who is the Association’s Scientific Advisor and spoke about the need for deer management and best practice.

Garda Superintendent Martin Walker, an honorary member of the Association and recognised as the driving force behind the highly successful An Garda Síochána and NPWS “Operation Bambi” investigating the illegal killing of wild deer, spoke about the ongoing efforts to combat wildlife crime in Ireland. Superintendent Walker announced that a Garda Inspector rank in each Garda Division would work closely with their opposite number in the NPWS and that a new training course on combating wildlife crime will be lead by a Garda Assistant Commissioner and launched in September 2018.

Irish Deer Commission PRO Mr Damien Hannigan also spoke on the night about the increasing time pressures on those undertaking voluntary work such as the Irish Deer Commission, he praised the founding Executive who had the courage and determination to start a new Association, Mr Hannigan also spoke about the importance of supporting landowners who had genuine deer problems.

The event was kindly hosted by Mr Walter Phelan of the Irish Fly-Fishing & Game Shooting Museum, who gave an entertaining talk on the Museum and its history.

The Irish Deer Commission is now accepting applications for membership through its website www.irishdeercommission.ie with ordinary membership for just €20. 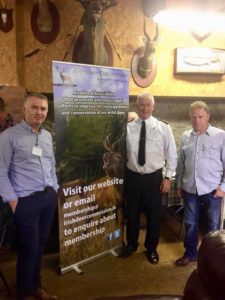 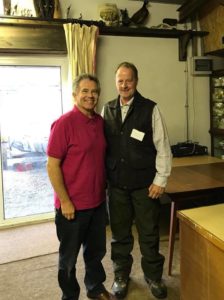 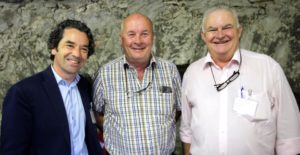 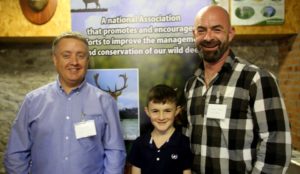 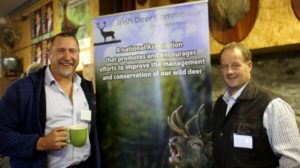 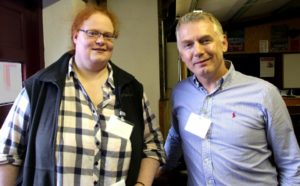